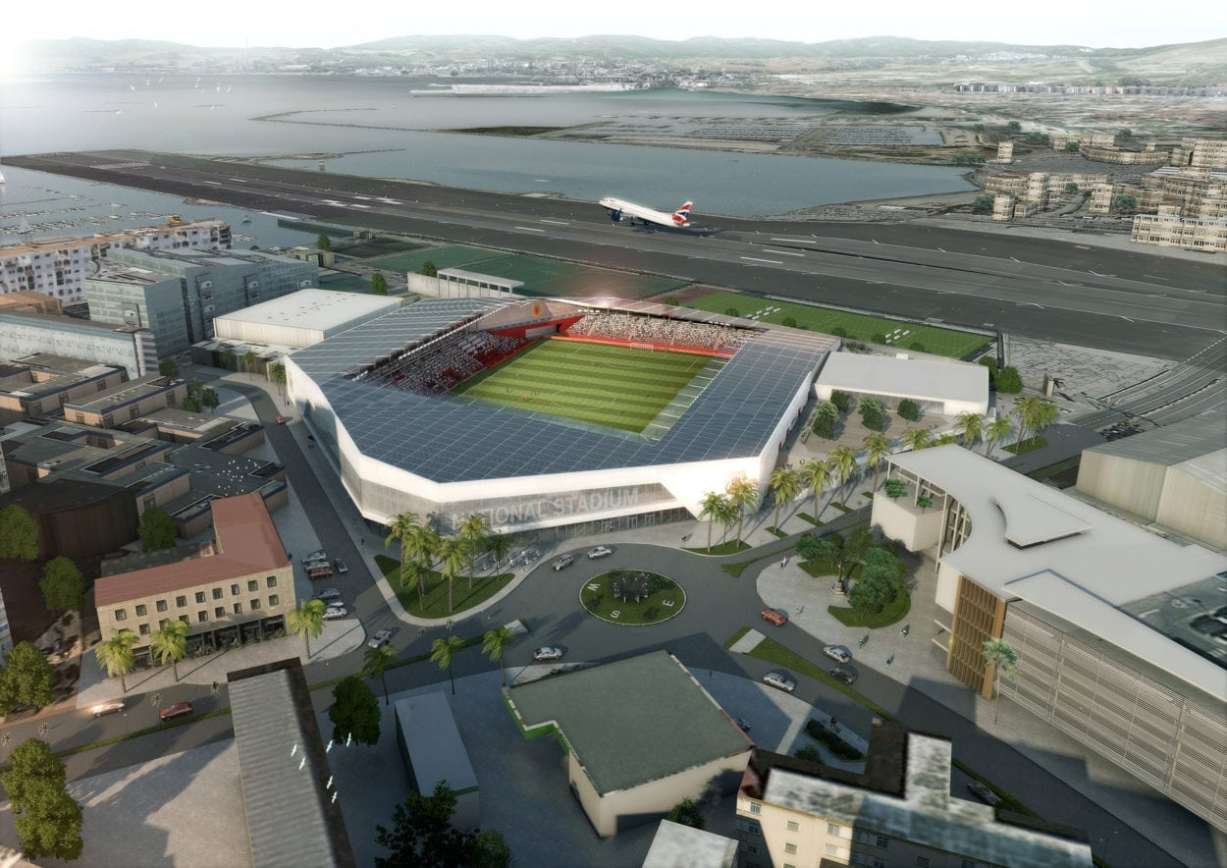 The GSD is pleased to learn that Plans for a new national stadium have been submitted to the Development and Planning Commission by the Gibraltar Football Association. It is extremely gratifying to see plans that adopt the GSD policy of locating it at Victoria Stadium and not that preferred and promoted by the GSLP/Liberal Government who intended to locate it at Europa Point.

This project is very much needed for the development of football in Gibraltar following our admission to memberships in UEFA and FIFA. It is the best viable solution providing a home venue that avoids the embarrassing, costly and inconvenient alternative of travelling to Faro in Portugal to play ‘home’ matches in UEFA Official Competitions.

“I am delighted to see that plans for the new stadium will meet UEFA’s Category 4 regulations. The GSD and I have always had the dream of developing Gibraltar’s traditional home for football, The Victoria Stadium, into fully approved facilities which would allow the hosting of all our home matches under the auspices of both UEFA and lately of FIFA. I thank all those who listened and acted upon the GSD’s vision, albeit now extended, as was proposed during the 2015 General Elections.”

The GSD further welcomes that the new stadium is a “model stadium on accessibility”, with wheelchair and easy access seats, and a sensory room for people with autism.

The additional good news is that football can be played right through the construction period with minimum disruption and the GFA must be further congratulated on this.

The GSD continues to believe that alongside the new upgraded facility there is still a great need for extensive training facilities in Gibraltar to cater for all participants in football. These facilities should ensure that the introduction and development of our youngsters into the world of sports, very often arising from our schools’ curriculum and sporting clubs’ commitments, are equally catered for.

Edwin Reyes went on to say: “As Gibraltar rejoices with the GFA in that it has secured external funding which will allows us to expand upon facilities without it being an added burden to the tax payer, sports lovers in Gibraltar are now urged to turn up and support international competitions being played on the Rock. The GFA has done its part in securing funds, now Gibraltar should show that we are worthy recipients”.

The fact that civil servants in the ITLD feel that they have been “set up to fail” is a monument to the Govt’s mismanagement of the digital transformation that it has presented with great fanfare but which has, in fact, been slow, painful and costly.

Gibraltar will be unable to deal with this decisively until there’s a change of Government. The Bill published is limited & flawed. At the nxt election we will have a positive & comprehensive package of anti-corruption reforms & tackle waste & abuse. The changes will be radical

Anti-Corruption: Mr Picardo’s Govt is now part of the problem. It tolerates opaque financial & governance practices; it fails to clamp down on conflicts of interest or dealing with waste, abuse & corruption. All that cheats the taxpayer & is corrosive of fairness & proper values