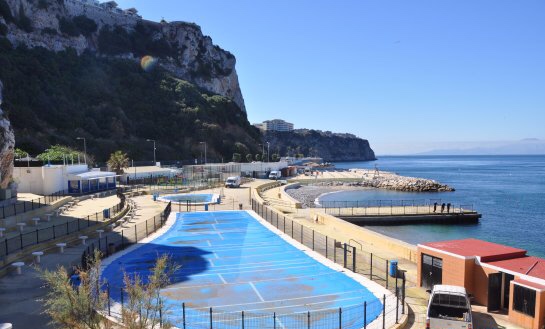 Camp Bay has once again fallen into a state of disrepair, the condition of the area, used year round by so many in our community has reached an all–time low. Remedial works falling far short of the expected standard.

The children’s playground is in an unacceptable condition. The children’s attractions appear unsafe and if they are to continue to be used, repairs must be made immediately. The fencing around the park is rusty and potentially dangerous.

The concrete flooring is in an abysmal state and the repairs that are being carried out, as is the case in so much of Gibraltar under this Government, is a patch up job giving the area a depressing air of shoddiness with cracks, dirt and crumbling concrete.

The rock retention surrounding the Promenade suffered damage as a result of the winter storms, it is therefore right for the Government to expand and secure the area. However, in doing so, it could have explored the possibility of providing additional protection for the little beach that is left at Camp Bay. By providing a cove for the beach, a sandy beach might be retained. It would be right for the Government to examine this possibility as part of the present works and provide a much improved facility for our community.

Trevor Hammond MP said “The Government should consider improvements to this much loved and much used area. Our community is not blessed with large numbers of open spaces and we should be nurturing those we have. It is unforgivable that this area should have deteriorated to the point where there is risk to users and in particular children. Families should be able to enjoy the area of Camp Bay year round and provisions for maintenance should be made accordingly.

“I would add that it is regrettable that Camp Bay has been turned into a construction site at the commencement of the summer season, having had all year to refurbish the area. It shows a lack of planning and foresight.”