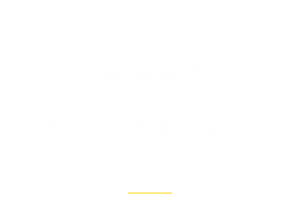 GET SOCIAL WITH US

Building for the future

Welcome to the Gibraltar Social Democrats site. We hope you will find this site informative about the Party, its aims and the ideas we have in a number of areas.

I have been very keen that we should relaunch a new site to use as a platform for some of our interface with you. This will complement our Facebook and twitter presence. Of course this will be no substitute for direct engagement which we are also doing in parallel through our community outreach programme and other private meetings. If you have concerns that you would like to discuss with us by all means feel free to contact us and we will meet with you.

We feel passionately about Gibraltar. Our community has been built over centuries of hard work and perseverance of successive generations of Gibraltarians and long-term residents. Together we have created the small country we call home. We want this to be prosperous, stable and develop for generations to come. We have a right to our land and a right to determine our future. We want to ensure that we create the best living environment for all those who have made Gibraltar their home and that we do so in an environmentally, economically and politically sustainable way.

On this platform you will find information about the Party, key documents, policies and videos. If you share our objectives and want to join us there is also membership information available.

We would be delighted to have your support and contribution to our effort.

Meet some of the new faces joining our campaign to get Gibraltar back on track. Together, we can #MakeTheChange!

Police Independence Should Be Seen to be Preserved

At yesterday’s Preliminary Hearing the main represented parties – Mr McGrail and the Chief Minister, Governor and Attorney General – were all given the opportunity to set out their positions on the allegations of fact at the heart of the Inquiry.

While Government lawyers have set out the different and historic reasons why they say the Governor had lost confidence in Mr McGrail it is obvious from the submissions of both sides that there was not a specific denial of an attempt to discuss the conduct of the ongoing investigation in which a search warrant had been executed.

All this is striking because it raises fundamental issues about the boundaries of constitutional duties and the exercise of power by the Chief Minister when it comes to sensitive policing matters affecting individuals. In what circumstances is it ever appropriate for a Commissioner of Police to be summoned by a Minister to discuss a specific serious investigation about an individual close to that particular Minister? Preserving the operational and institutional independence of the Police from Ministers is absolutely crucial in our democracy so it is important for the Inquiry to run its course as soon as possible to get to the truth of what happened. We note the hearing is set for March 2023. It is in the public interest and in the interests of our democratic institutions for the Inquiry to establish one way or the other what exactly happened two years ago and for the findings to be published in full with no redactions.

National Day Message from the Leader of the Opposition, Keith Azopardi

National Day is always an opportunity to come together as a people to share our common values.
The Casemates Political rally returns this year after the pandemic years. It provides, once again, a chance for us to celebrate our rights as a people. It is an important reminder of where we have come from, of our shared endurance of current challenges and our aspirations for the future.

Big challenges remain for Gibraltar both internationally and domestically. Obtaining a safe and beneficial agreement with the EU on a future relationship is the most important post-Brexit challenge that affects our political future and can have lasting effects on our economic model and sustainability. Equally the parallel economic challenge of ensuring we emerge from the current public finances crisis is a significant hurdle to overcome. In that slipstream many people will be worse off because of the state of public finances combined with the rising inflation, eroding wages, higher taxes and fees and the resulting cost of living crisis. It is a fact that many people will have less in their pocket this year as they face the daily task of meeting their obligations and caring for their families.

National Day is not just a celebration of our rights. It is also an opportunity to reaffirm our desire to ensure that our Gibraltar is a politically free, economically sustainable place to live where there is the highest quality of life, the fullest rights as citizens, the best probity of governance with the best public services and highest standards of living possible.

In that aspirational reaffirmation it is important to note the economic divisions in our community, the pressures on some families and those who feel left behind socially or economically, the under-privileged and those whose grievances are not listened to. In celebrating what we have achieved so far we have to acknowledge that there is also much to be done and that acknowledgement is positive for our small nation.

If there is something to strive for so that we honour the commitment and work of previous generations who worked so hard to create the modern Gibraltar we enjoy it is to ensure that we do our best to raise the quality of life and standard of living of all our citizens and obtain international recognition of the rights of the people who live in this beautiful country we are proud to call our home.

National Day is not just about political rights. It is about our people and all their facets, challenges and aspirations. Together we can make our country stronger, more prosperous and a better place to live. The GSD Opposition are confident about our future and are determined to ensure we take the next firm steps to raising Gibraltar to that level which we can achieve when we are next given the privilege of leading this community.

Government’s Comments on SNAG Beyond the Pale!

Government’s reaction to SNAG is beyond the pale The GSD is disappointed, although, sadly, not surprised, by the government’s exchange of press releases with SNAG.

What the public has been treated to is the usual GSLP/Liberal’s aggressive reaction to legitimate criticism.

Once again, the government resorts to below-the-belt mudslinging, in an attempt to distract attention from their shambolic organisation of the start of the school year.

The electorate is tiring of this and fast. The government needs to properly deal with the substantive and genuine points raised by SNAG and not resort to attacking Mrs Sanchez because she was openly and democratically elected by GSD members to form part of its executive committee.

What does that have to do with the concerns raised by the group, whose entire committee of 9 members would have approved the statements? The answer is nothing, other than it exposes a crude attempt at discreditation by the governing parties.

To suggest that individuals with special needs themselves, or with children with such needs, would allow themselves to be used in furtherance of party political interests is disgraceful and goes beyond the pale and the government should withdraw that statement. Such display is not good and is hardly conducive to normal interaction between interest groups and government in a democratic society at ease with itself.

Instead of acknowledging and apologising for the deficiencies experienced in relation to the three issues raised by the group – namely (1) an astounding failure to communicate school start dates; (2) keeping SNLAs at St Martin’s; and (3) providing morning sessions for Early Birds nursery, they serve the public with nothing other than an emotive and woolly non-response. “Let us not forget that the fundamental criticism levelled is one of failure to properly announce what is going to happen in all the areas identified.

That is what needs to be recognised and addressed so that there is no further repeat of this next year. Many of these special needs children require advance planning and routine – with part of that process entailing showing images of who their teachers and aides are going to be for those who are unable to communicate verbally. Anything less than that simply gives rise to anxiety to the child and the family. This does not cost money. All it requires is better planning which the GSD commits itself to do if returned to government.” said Damon Bossino.

Always a must: attended GADS’ memory walk which gives us all an opportunity to get together & as Daphne Alcantara said, spare a thought for those who suffer from this terrible condition & those who have already left us.Managed to meet the charming Miss Gib & the two Princesses 😀

Allegations in #Inquiry raise fundamental issues about the exercise of Chief Ministerial power.
Police operational #Independence should be preserved. Constitutional boundaries need to be respected. This is key for our democracy & in the public interest.